The Berlin Wall had divided the city into East and West from 1961 to 1989. There are still a few places which are commemorating the brutality of this division, i.e. for instance the Berlin Wall Memorial in the Bernauer Straße. The wall of the East Side Gallery exhibits its worldwide known mural paintings.

Entire districts have newly been developed or have been rebuilt after the reunification of Germany and Berlin and many architects from all over the world have created impressive buildings. They are contrasting with the numerous historic buildings as the Charlottenburg Palace or the Berlin Cathedral.

There are many excursion possibilities in and around Berlin which you should discover.
If you visit the sky-scraping Berlin TV Tower or the depths of the underground by means of the open subway – the spectrum of excursion destinations appears to be inexhaustible. Many excursion boats invite you to experience Berlin from the waterside and plenty of tourist busses offer most interesting sightseeing tours. Berlin is surrounded by water and a tour to the Wannsee lake will always be worth it. The city of Potsdam with its variety of historic buildings is only one hour away. The Sanssouci Palace with its spacious park represents a UNESCO World Heritage Site. 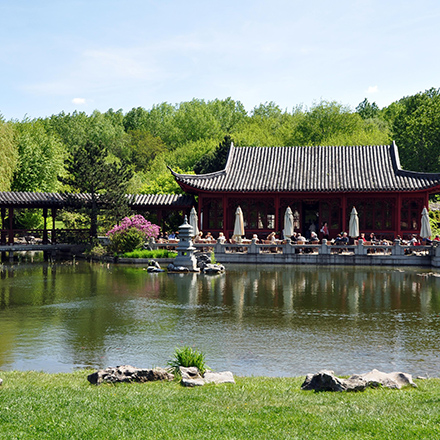 Gardens of the World

The Gardens of the World are adjacent to the Unfallkrankenhaus Berlin. The 21 hectare-sized park is quite fascinating at any time of the year. 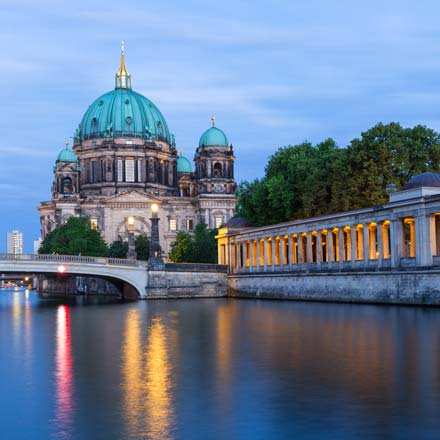 The Museum Island is situated in the heart of Berlin. The unique building complex with its five museums is attracting numerous guests from all over the world.

The Zoological Garden of Berlin had been opened in 1844 and is one of the most speciose zoos in the world. The 33 hectare-sized terrain hosts more than 18,600 animals of about 1,400 species. 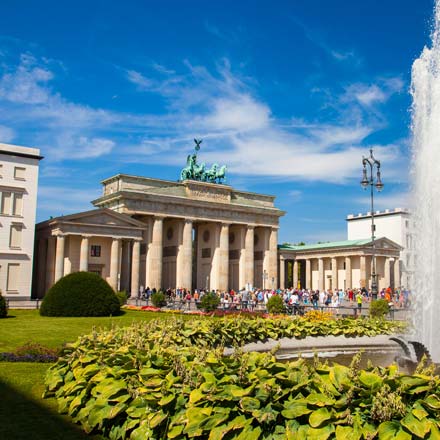 The Brandenburg Gate is one of the most important landmarks of the capital. The only preserved town gate of Berlin has meanwhile become a symbol of reunified Germany.

The tower with its height of 368 meters is the highest building in Germany. More than a million of visitors are annually enjoying the unique view over the city. 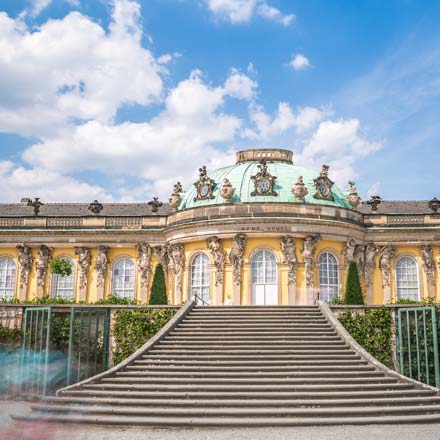 Summer residence and favourite place of Frederick the Great where the king spent time if he wanted to be “sans souci”, i.e. unworried.